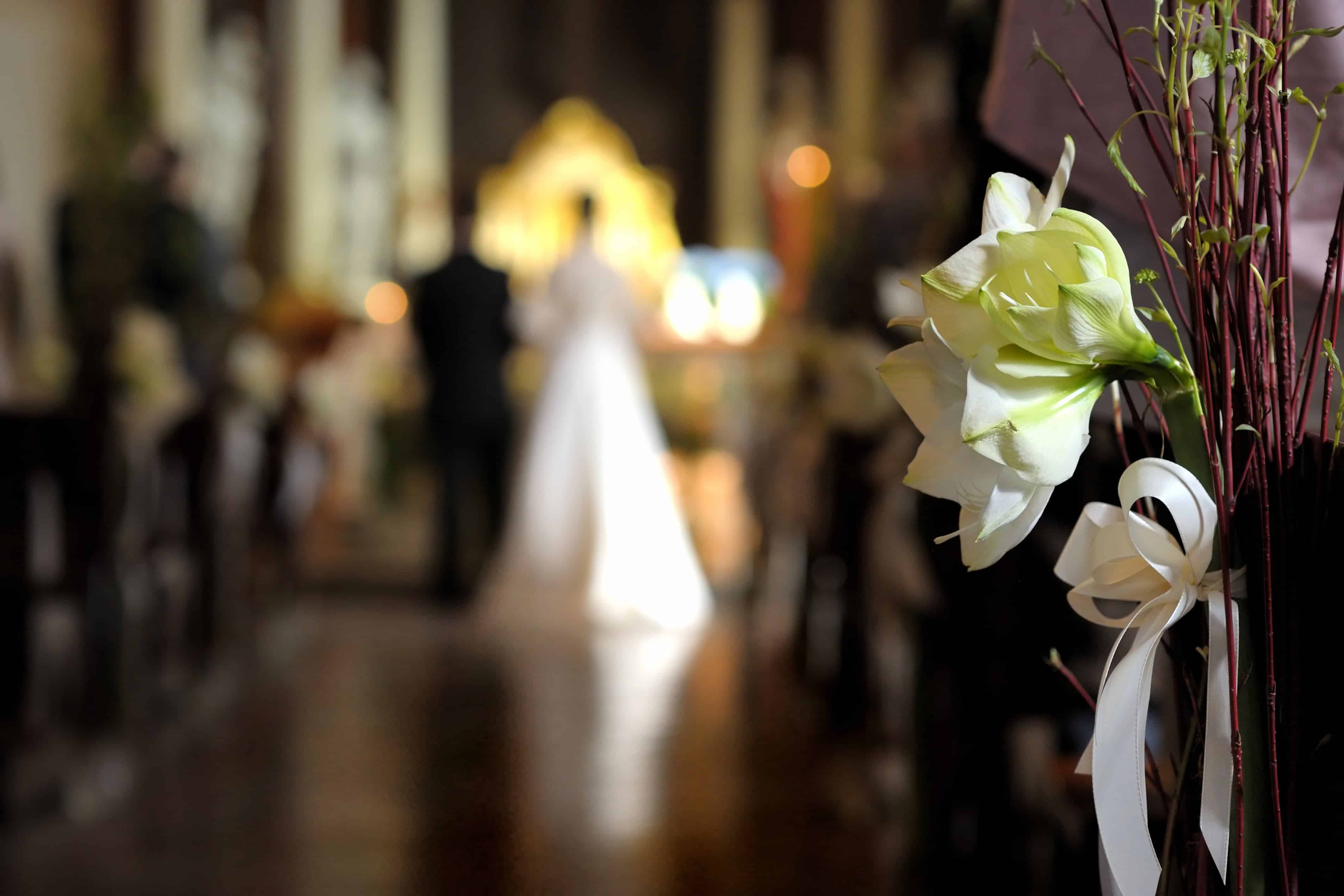 Marriage
The love of Husband and wife is the force that welds society together - St. John Chrysostom

For more information on how to get married at St. Catherine’s Church, please click here or contact one of the parish priests at (904) 264-0577.

“In virtue of the sacrament of marriage, married Christians signify and share in the mystery of the unity and fruitful love that exists between Christ and his Church; they thus help each other to attain holiness in their married life and in welcoming and rearing children; and they have their own special place and gift among the people of God.”

From these definitions, we discover the essential properties necessary for marriage and the essential elements of marriage embedded in the nature of the institution itself.

“The essential properties of marriage are unity and indissolubility, which in Christian marriage obtain a special firmness by reason of the sacrament.”

The essential elements of marriage (ends or purposes) are:

“The intimate partnership of married life and love has been established by the Creator and qualified by His laws and is rooted in the conjugal covenant of irrevocable personal consent.   For, God Himself is the author of matrimony, endowed as it is with various benefits and purposes” (Gaudium et Spes, 48.1).

God requires certain conditions to be present between a man and a woman in order to establish a valid marriage between them.

Marriage is brought about through:

The Church’s approach to marriage has always been anchored in Biblical foundations.